Paper Bridges: Conservation, Restoration, Cataloguing and Digitization of German-language Newspapers from Southeastern Europe in a One-Person-Library 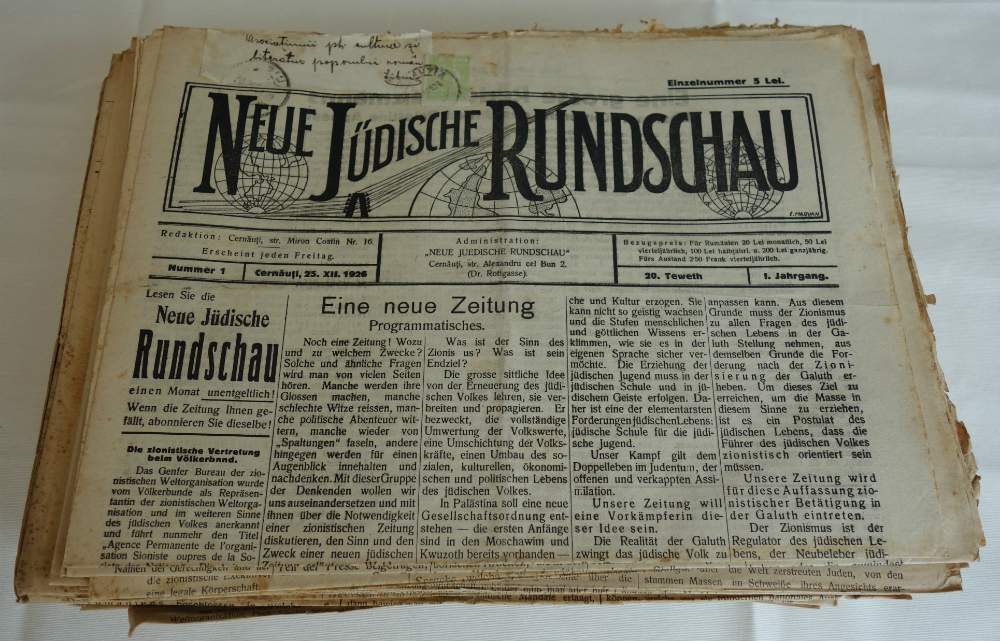 The Institute for German Culture and History of Southeastern Europe at Ludwig-Maximilians-Universität München (IKGS) collects and researches the history of ethnic Germans in Southeastern Europe, with a focus on Romania and Hungary. After World War II, Eastern European countries expelled most Germans from their territories. Many of those had inhabited these lands for centuries, developing a unique culture. Between 12 and 16,5 million ethnic Germans and German citizens were expelled westwards, many of whom resettled in Germany. The IKGS library and archive preserve their written cultural heritage like books, writings and personal estate, including materials from about three centuries.
The library holds one of the biggest collections of German-language newspapers and periodicals from Southeastern Europe in Germany. It consists of rare original materials and microfilms and covers the period from 1750 to the present, in detail 130 titles on 1000 microfilm rolls and 500 printed periodicals. The collection is used by researchers from all over the world, mainly from Germany, Romania and Hungary, but also from the U. S. and Australia.
Because of the fact that the library runs as an OPL, the conservation, restoration, cataloguing and digitization of the newspapers and periodicals can only be achieved with the help of cooperation partners, due to financial and staff reasons. This paper intends to present the project “Paper Bridges” as a best-practice example of how also small libraries can preserve and digitize their newspaper collections.

Cataloguing
For cataloguing the original materials and the microfilms in the German database for periodicals (ZDB) the IKGS library was able to hire a volunteer librarian for 3 months and was supported by a second volunteer by the Federal Volunteers Service of Germany.

Digitization
The digitization of German-language newspapers and periodicals from Southeastern Europe is a special case, as many publishing houses had to close during communism because of political pressure and remained without a legal successor. In this case it is very difficult to get permission for digitization due to still valid intellectual property rights. This is also the reason why for many newspapers the preservation of the original must be prioritized.
Nevertheless, the IKGS library cooperates with several partners for the digitization of newspapers such as Babeș-Bolyai University in Cluj-Napoca in Romania, the University of Regensburg in Germany, and the Digital Forum Central and Eastern Europe (DiFMOE). Through these cooperative efforts the IKGS has been able to digitize and present about 20 newspapers and periodicals in the digital library of DiFMOE and on other digital platforms to scholars and the general public until now.